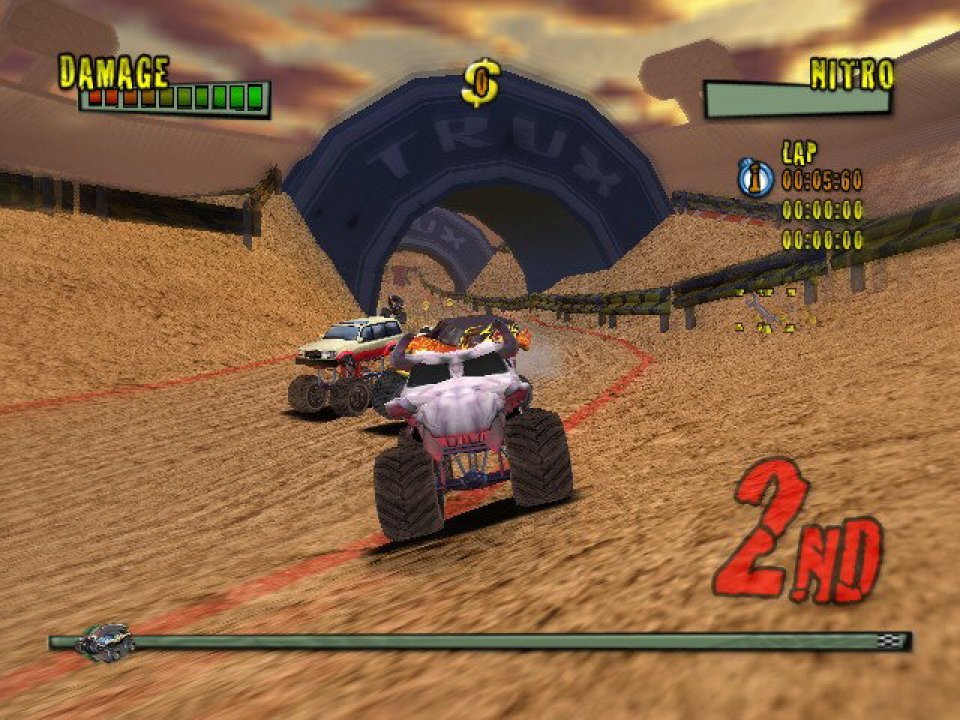 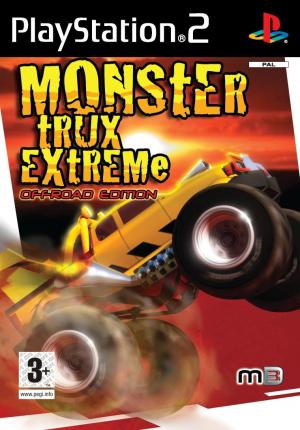 Race well and claim victory against your opponents to earn prize money, which you can use to unlock extra Trucks and if you’re really good, the ability to race down the gullies and through the canyons at night! This is the super-charged turbo-driven world of Monster Trux Extreme: Offroad Edition - you'll be racing huge V8 powered Monster Trucks around rugged terrain, including islands and volcanoes, which are home to the fiercest and most monstrous truck races known to man! Those who are good enough can face up to the infamous Monster Trux Extreme: Offroad Edition Challenge -- an extended four-stage battle against the computer players, victory in which will unlock further Challenge cups and more powerful engines to power all your vehicles? Monster Trux Extreme: Offroad Edition allows you to play against a friend, either in single races or competing together in Challenge mode. Will you be bashing your friend off the track and zooming through the winning posts in first place! Be careful, though, every time your truck takes too much damage, you’ll lose some of your prize money on repairs! 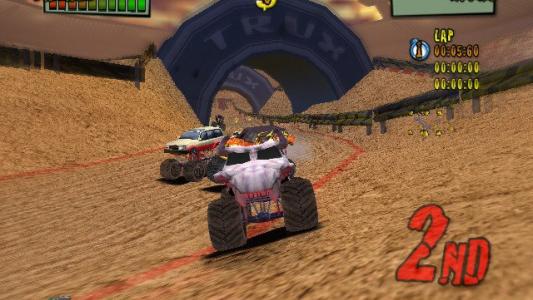