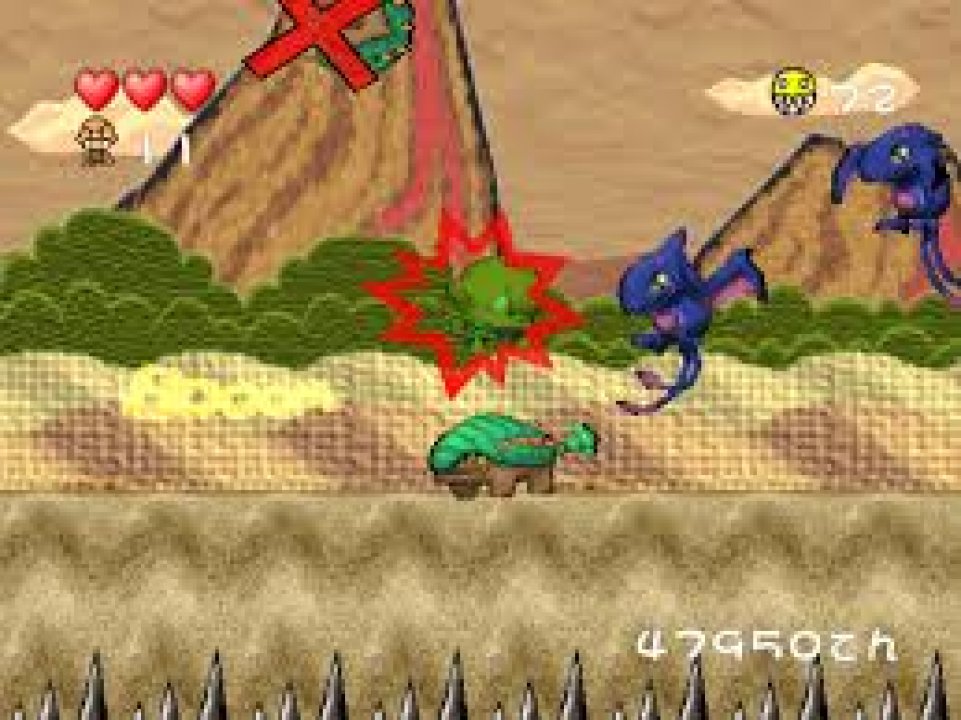 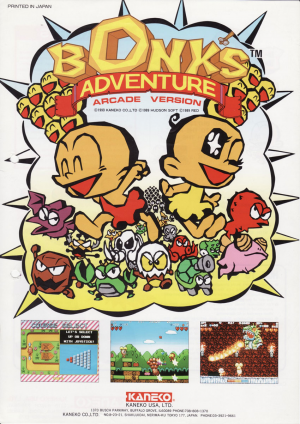 Bonk's Adventure is a 2D platform video game developed by Red Company and Atlus that was released in 1989 in Japan and 1990 in North America for the TurboGrafx-16. In Japan it was released as PC Genjin (PC原人?) in 1989, a play on the Japanese name for the system, 'PC Engine'. The game was re-released for the TurboGrafx-16 in the U.S. in 1992 on the Gate of Thunder 4-in-1 game CD-ROM. The game was later ported to the NES, Game Boy, Amiga, arcade systems under different titles (FC Genjin, GB Genjin and BC Genjin). It is also available through Nintendo's Virtual Console service, on the PlayStation Store and there is a version for mobile phones in Japan. 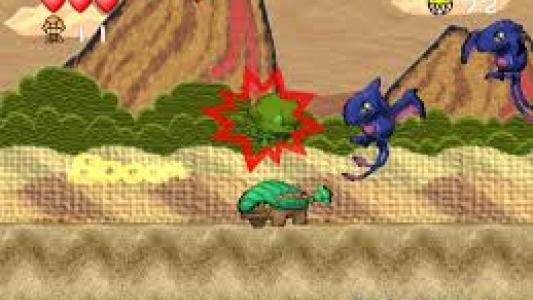