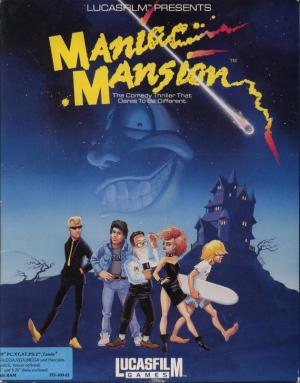 Maniac Mansion is a graphic adventure game developed and published by Lucasfilm Games. Initially released for the Commodore 64 and Apple II, it was Lucasfilm's foray into video game publishing. The game follows teenager Dave Miller as he ventures into a mansion and attempts to rescue his girlfriend from an evil mad scientist, whose family has been controlled by a sentient meteor that crashed near the mansion 20 years earlier. The player uses a point-and-click interface to guide Dave and two of his friends through the mansion while avoiding its dangerous inhabitants and solving puzzles.