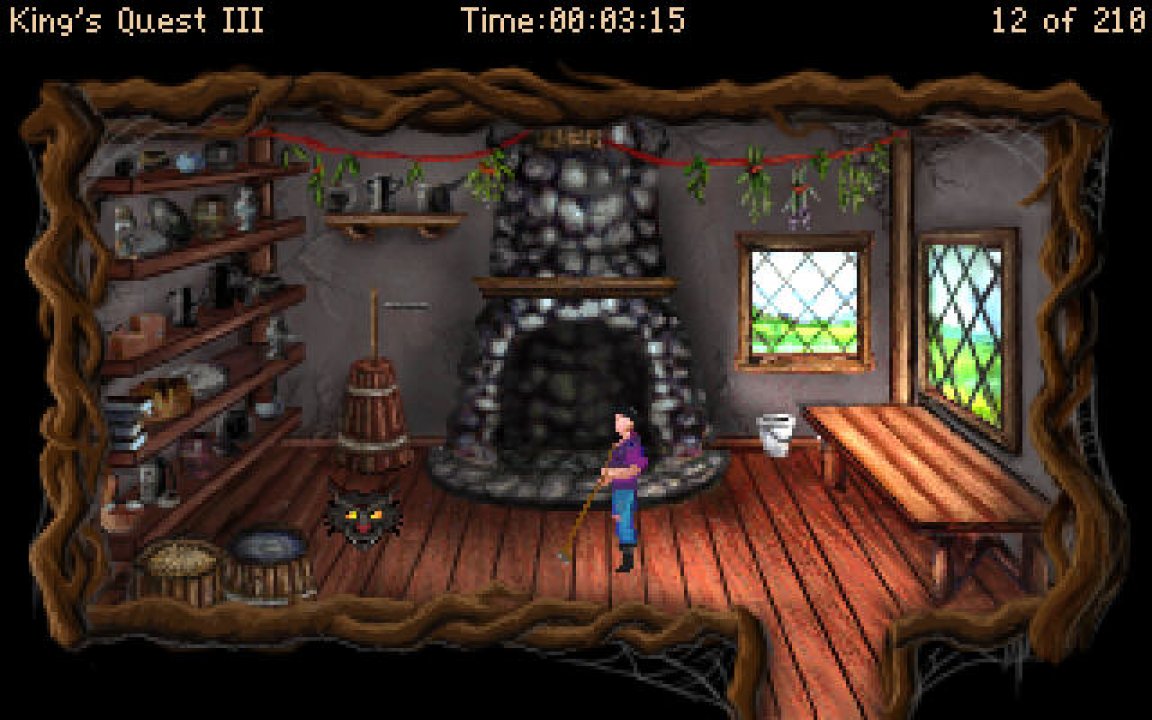 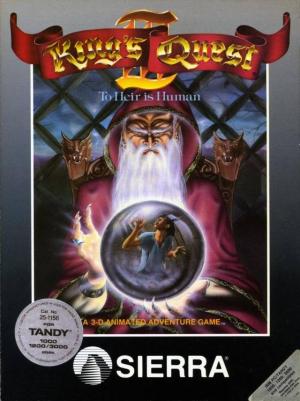 A VGA-style fangame remake/retelling of Sierra Entertainment's King's Quest III: To Heir Is Human by Infamous Adventures. It is a slightly expanded remake offering new material including; new cutscenes, a few new characters, expanded narration or dialogue, full speech, new or modified locations, and Easter eggs. Most of the original puzzles remain intact (other than the spell system was streamlined) or item placement changed. The game received the AGS reward for best documentation in 2006. The young baby Gwydion is kidnapped from his castle by one of the castle's staff and brought to Manannan. The boy has a hard life growing up as his slave. As is the tradition, the evil wizard will kill the boy upon his eighteenth birthday. That date is fast approaching, and it is up to Gwydion to thwart Manannan and his brother Mordak's plans, escape and find his way home. When his master isn't watching Alexander explores Llewdor to create spells that will allow him to defeat his master. Along the way he meets the Three Bears, an Oracle, defeats Medusa, and meets other citizens of the country. Once he defeats Manannan and leaves Llewdor, he escapes pirates, an abominable snowman, and defeats a three-headed dragon, meets a wise gnome, saves his sister, all before he can be reunited with his family. Alexander spends weeks helping his father repair the damage to the kingdom. When they are finished, Alexander and his sister are called to the throne room in their finest regalia by their father. The magic mirror is restored and Graham passes his adventure's cap to his son. Some time later, Mordack travels to Llewdor to rescue his brother to bring him back to his island. The evil wizard destroys the house, so that none would use it again, and discover Manannan's secrets. 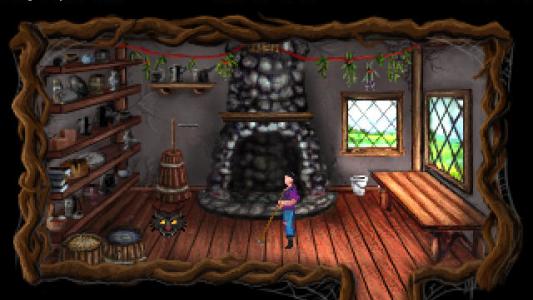