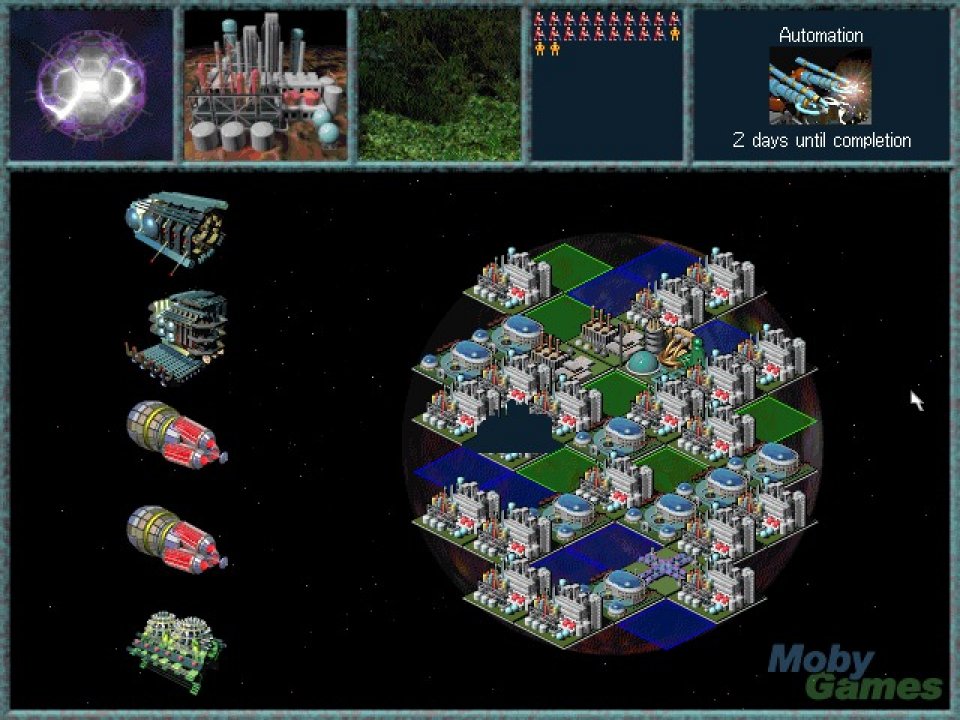 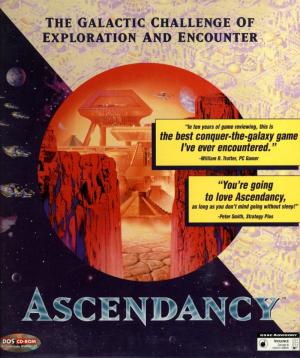 Ascendancy is similar to, but nevertheless very different from, Master of Orion. You play one of many races, each with a special ability and special character traits, who set off to explore space, erect colonies (which can each have individual purposes, depending on their raw materials) and engage in battles when you clash with others who have the same goals. Weapons on the ships use power, which has to be supplied somehow. This game introduces many original concepts, such as the Research Tree - a special scientific display in which discoveries are depicted as icons connected by lines to the "parent" technological breakthroughs and "child" ones, similar to the technology advances in Civilization, but presented in a much more visual way. 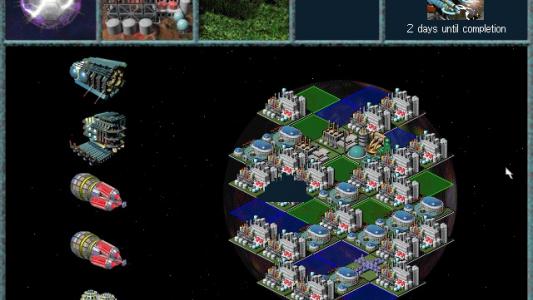