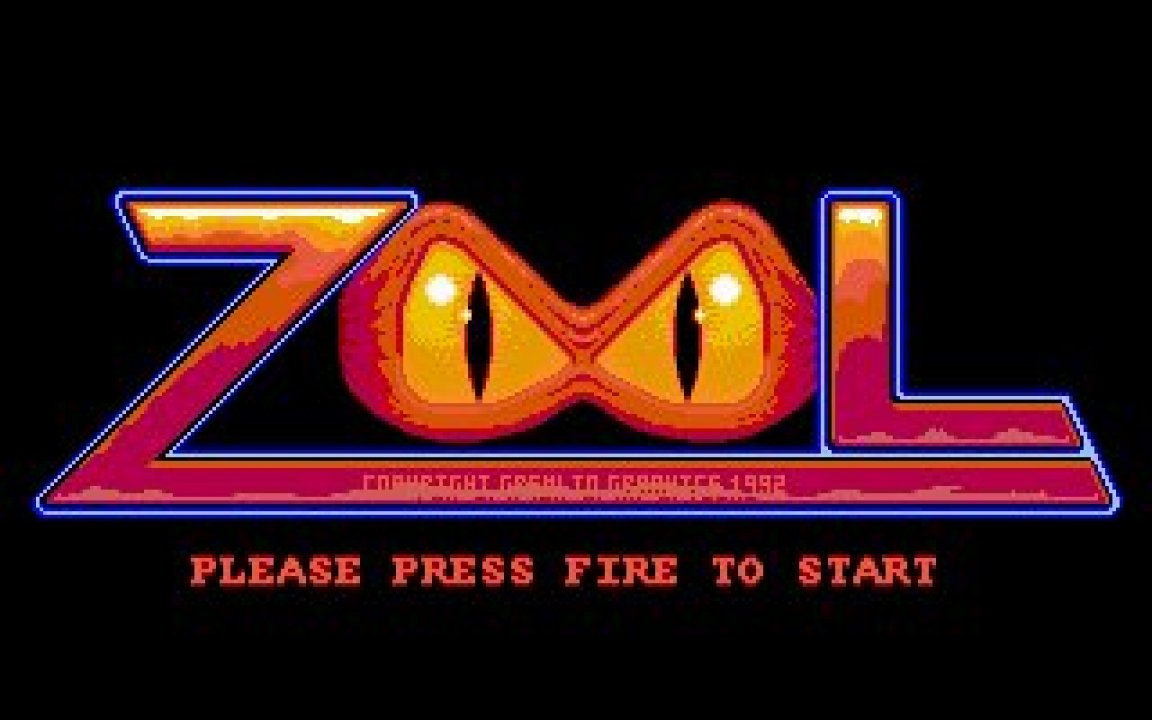 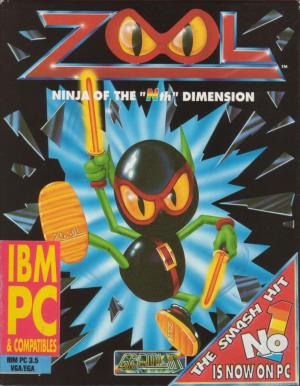 His name is Zool, and he is a gremlin-like creature from another dimension. He is forced to land on the Earth, but his sole goal is to attain the prestigious ranking of a Ninja. To do that, Zool will have to travel through six worlds, each divided into three stages, defeat his enemies, and prove himself worthy of that title. Zool is a fast-paced side-scrolling platformer. The protagonist can run, jump, climb walls, and shoot enemies. Power-ups for Zool are scattered across the levels. These include life-spending hearts, smart bombs, shields, more powerful jump-skill and a twin Zool. This "twin" makes imitates the original's motions a few seconds after he performs them. In the options menu the player can change the difficulty and the game speed (two times), the number of continues, and the background music (rock or funk). 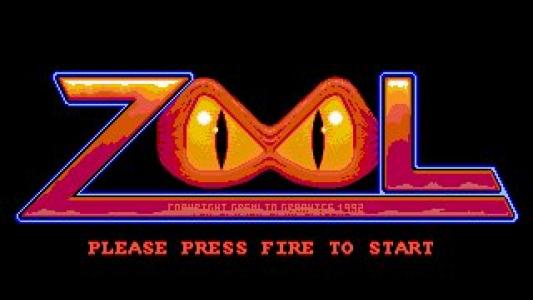