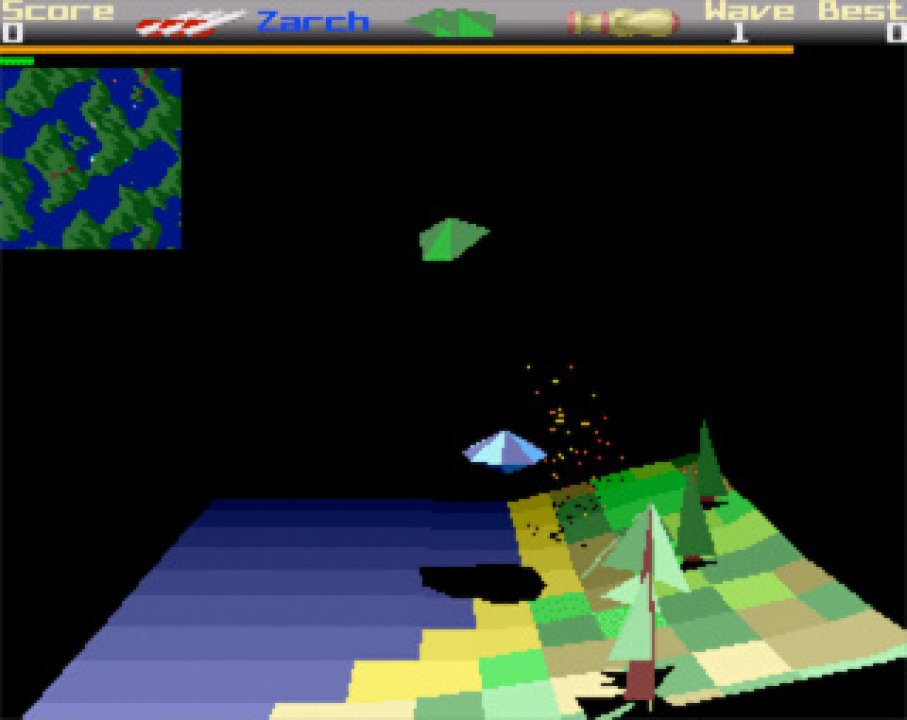 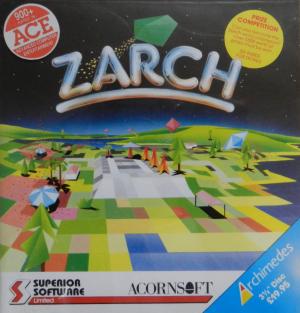 The player, piloting a lone craft with limited firepower, must defend a finite landscape against ever increasing waves of enemy craft. In Zarch, the landscape is being invaded by aliens who are spreading a virus across the landscape. The seeder vessels are slow-moving, predictable, and easily destroyed, but as the game progresses they are supported by increasing numbers of flying support craft, which do not scatter virus but instead attack the player. The seeder vessels scatter red virus particles across the landscape. As they land, they turn the green landscape to brown and red, and cause the trees to mutate. Some flying enemies shoot the mutated trees, to cause themselves to become much more aggressive and dangerous. To clear each attack wave, the player must destroy all enemy vessels. At the conclusion of each attack wave the player is awarded bonus points for the amount of landscape which remains uninfected. After four attack waves have been successfully repelled, the player is awarded a new landscape; however, there is comparatively less land and more water, making complete infection more likely. 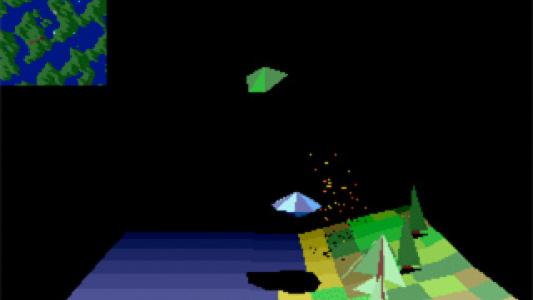