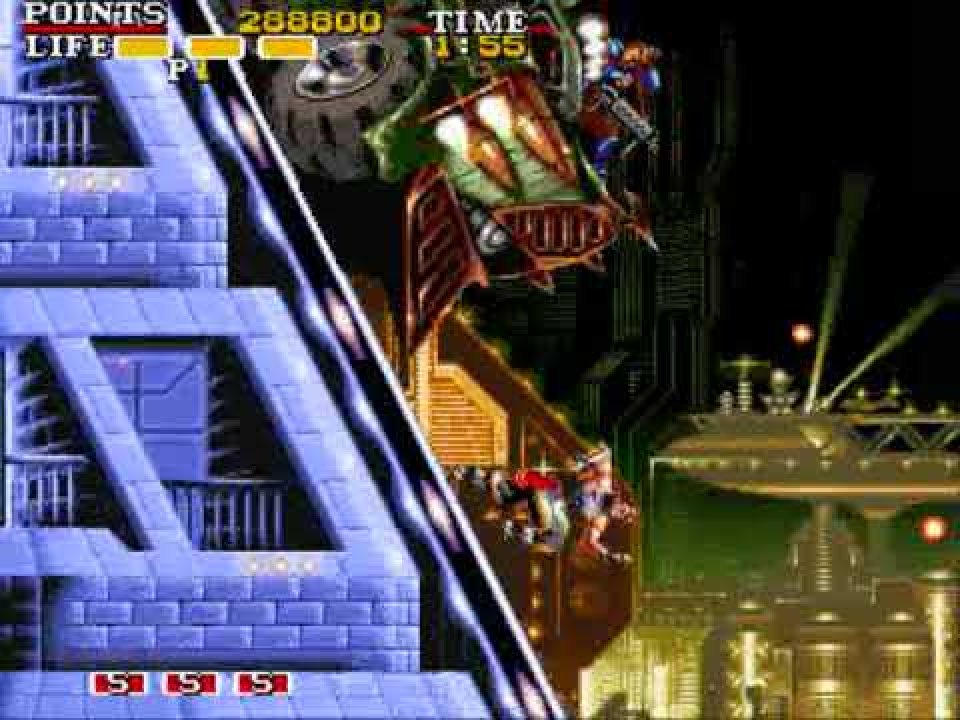 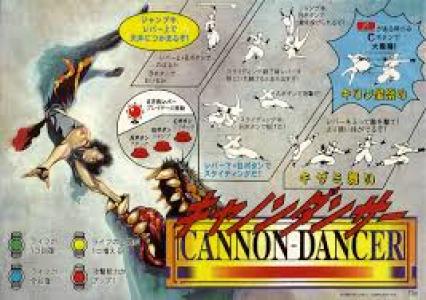 Osman, released in Japan as Cannon-Dancer (キャノンダンサー?), is a side-scrolling action platforming game produced by Mitchell Corp. that was released exclusively as a coin-operated arcade game in 1996. Many ex-Capcom staff including Kouichi Yotsui (credited as Isuke), worked on the original arcade version of Strider and designed Osman as an unofficial sequel to Strider.[1] Yotsui directed both titles. It is the late 21st century, and the world has come under the control of a single federal government. One day a new threat known as Abdullah the Slaver appears, causing widespread terror and panic. The fear in men's hearts incites the abandonment of all economic activity. The federal government, which is the foundation of capitalism and modern civilization, has become nothing less than an insidious idea that corrupts the foundations of society itself. It destroys the idiosyncrasies and variations among national viewpoints, stifling them in the name of "freedom" and its own internal ideals. Judicial Affairs Director Jack Layzon alone grasps the situation, fearing the worst. He summons the lone assassin who had mastered the 'secret style'... The controls of Osman consists of an eight-way joystick for moving the character, and three action buttons for attacking, jumping, and activating a special attack which will destroy all on-screen enemies (which has only a limited amount of uses and cannot be fully replenished until the player loses a life). The player can also climb walls and ceilings as well. The player character attacks primarily with his powerful kicks, which can fatally slice through most of the enemy soldiers in the face. Pressing down and jump will cause to slide. While sliding, the player character can do a slide kick with the attack button or grab certain enemies and flip them over with the jump button. The player can also dash by holding the joystick left or right after sliding. There are four types of power-up capsules that the player can retrieve by destroying certain floating containers. The red capsules will increase the player character's attack power by allowing him to create body images of himself that will mimic his movement. The main character's attack power can be determined by the color of his pants. In his starting level, the character's pants will be blue, which changed to purple with the first power-up (allowing him to create one body image), followed by red (two body images) and white (four body images). The strongest attack level is black, which increases the player character's attack range. If the player takes damage from an enemy Osman's attack power will be reduced by one level. Other power-up items include a green power-up that restores one health point, a yellow power-up that increases the maximum health by one point, and a blue power-up that restores the player's complete health.[4] 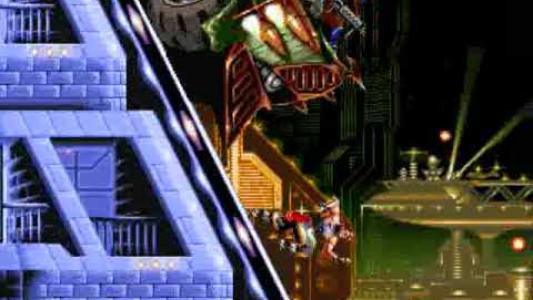