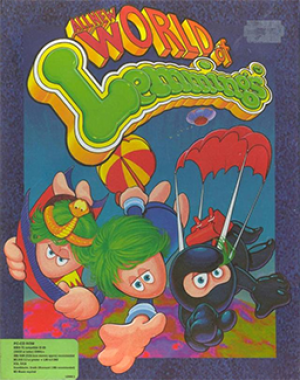 All New World of Lemmings

All New World of Lemmings (ANWoL) is a video game released in 1994, as the third game in the popular Lemmings puzzle game series. In North America, the game was named The Lemmings Chronicles. It was published by Psygnosis and was the last Lemmings game developed by DMA Design. The gameplay remained similar to the original games, requiring the player to lead all the lemmings to their exit by giving them the appropriate "skills". However, as the game's title suggests, both the gameplay as well as the graphics were "all new". Fans disagree on whether or not this made it a better game, but no more lemmings games were made in the same style.