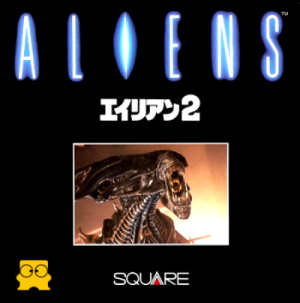 Aliens: Alien 2 is an arcade platformer (or run'n'gun if you like) featuring Ripley on a planet infested with aliens. Armed with only a basic gun at first, she faces facehuggers that come out of alien eggs. After having dispatched a face hugger, the egg may be shot to reveal an item. Items may be hand grenades, stronger guns or wing items which make her jump longer. The game was scheduled for release in 1987, but was canceled. The prototype was leaked onto the internet in 2009.