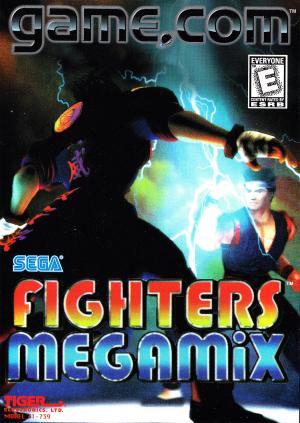 It's Virtua Fighting 2 vs. Fighting Vipers! Two arcade smash hits, smashing into each other in the ultimate battle for supremacy. It's cutting edge combat. It's also filled with surprises - try to unlock your favorite characters from Daytona USA and Virtua Cop! This is fighting like you've never experienced before! Play alone or, with the compete.com cable (available separately), play head-to-head against a friend for face-kicking, stomach-churning action.