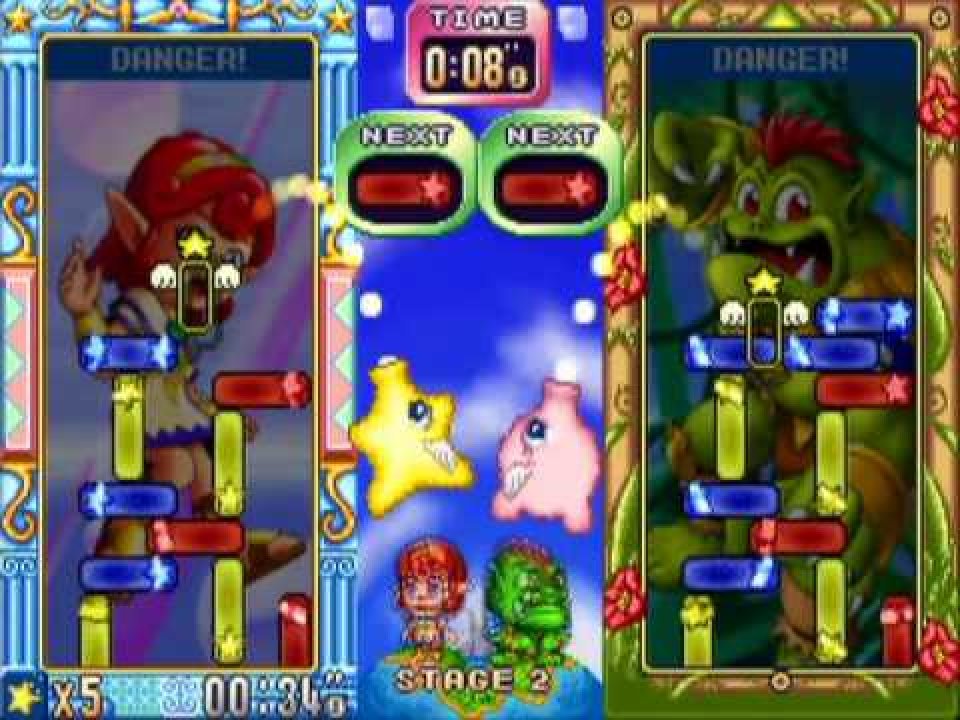 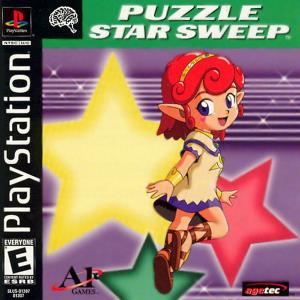 In this vaguely Tetris-like game, players score points by eliminating "star blocks." A star block is a colored rectangle with a star on one end of it, and blocks are eliminated when the stars of two like-colored blocks touch each other. While the game is being played, star blocks and obstacles rise from the bottom of the screen while the player moves and rotates a cursor which determines where additional star blocks will be thrown into play from off-screen. The game features single-player and competitive play as well as a story mode featuring boss creatures and a bizarre plot -- apparently the whole game is actually a sport in which children poke a creature known as a star pig with sticks in order to make it vomit star blocks 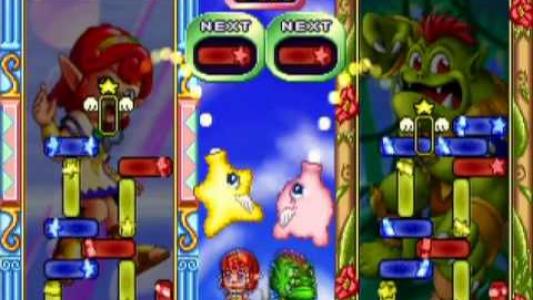