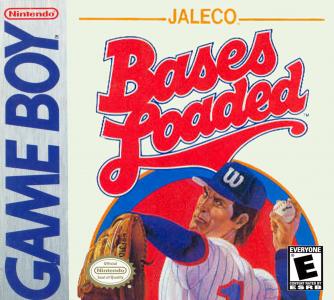 This game is the first installment of the Bases Loaded series, followed by seven sequels across three generations of consoles. Bases Loaded features baseball action with two game modes, USA mode or Japan mode. The difference between the two modes is that the Japan mode contains faster pitches. After selecting your mode of play you are given a choice of two teams: East and West. You can perform all of the basics of major league baseball: pitch, hit, field, pickoffs, pinch hit, and bring in a relief pitcher. Gameplay is viewed from a different perspective when hitting and when pitching. Link with a friend's Game Boy to go head-to-head.