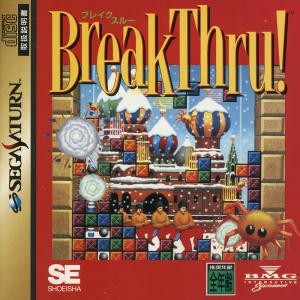 BreakThru! (ブレイクスルー?) is a tile-matching puzzle video game released for the Windows and DOS in 1994. It was created by the Japanese company Zoo Corporation and published by Spectrum HoloByte,[1] exclusively for the North American market. The game would later be re-released on a number of different platforms. In the same year the game was ported for the Super NES[2] and the original Game Boy.[3] These two versions were developed by different companies and published by Spectrum HoloByte in North America.[2][3] A year later, Shoeisha ported/published the game in Japan for the Sega Saturn and PlayStation.