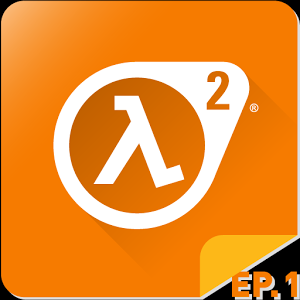 Half-Life 2: Episode One is a first-person shooter video game, the first in a series of episodes that serve as the sequel for the 2004 Half-Life 2. It was developed by Valve Corporation and released on June 1, 2006. Originally called Half-Life 2: Aftermath, the game was later renamed to Episode One after Valve became confident in using an episodic structure for the game. Similar to Half-Life 2, Episode One also uses the Source game engine. The game debuted new lighting and animation technologies, as well as AI sidekick enhancements. The game's events take place immediately after those in Half-Life 2, in and around war-torn City 17. Episode One follows scientist Gordon Freeman and his companion Alyx Vance as they fight in humanity's continuing struggle against the transhuman race known as the Combine. When the story begins, Gordon wakes up outside the enemy's base of operations, the Citadel, after being left unconscious from the concluding events of Half-Life 2. During the course of the game, Gordon travels with Alyx as they attempt to evacuate the city. As the game comes to an end, Gordon and Alyx are caught in a major accident, and their fates are revealed in the sequel, Episode Two. Valve views episodes One through Three as tantamount to a standalone release. Episode One is available as part of a bundle package known as The Orange Box, which also includes Half-Life 2, Episode Two, Team Fortress 2, and Portal. Episode One received a generally positive critical reaction, and the co-operative aspects of the gameplay received particular praise but its short length was criticized.