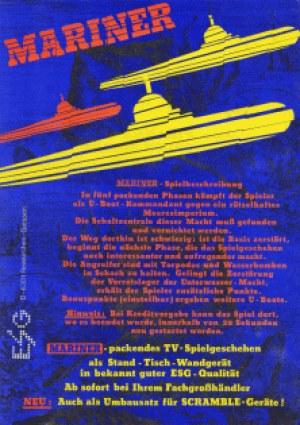 The player has to guide a submarine armed with torpedoes and missiles through five levels while fighting different underwater terrors. The game play is easy during the first five areas but it gets really tough at the later levels where the underwater landscape "grows" and there is not much space left for maneuvering the submarine. At the end of each area the boss-submarine appears and its firepower is not easy to overcome. 800 Fathoms is a another version of this game.