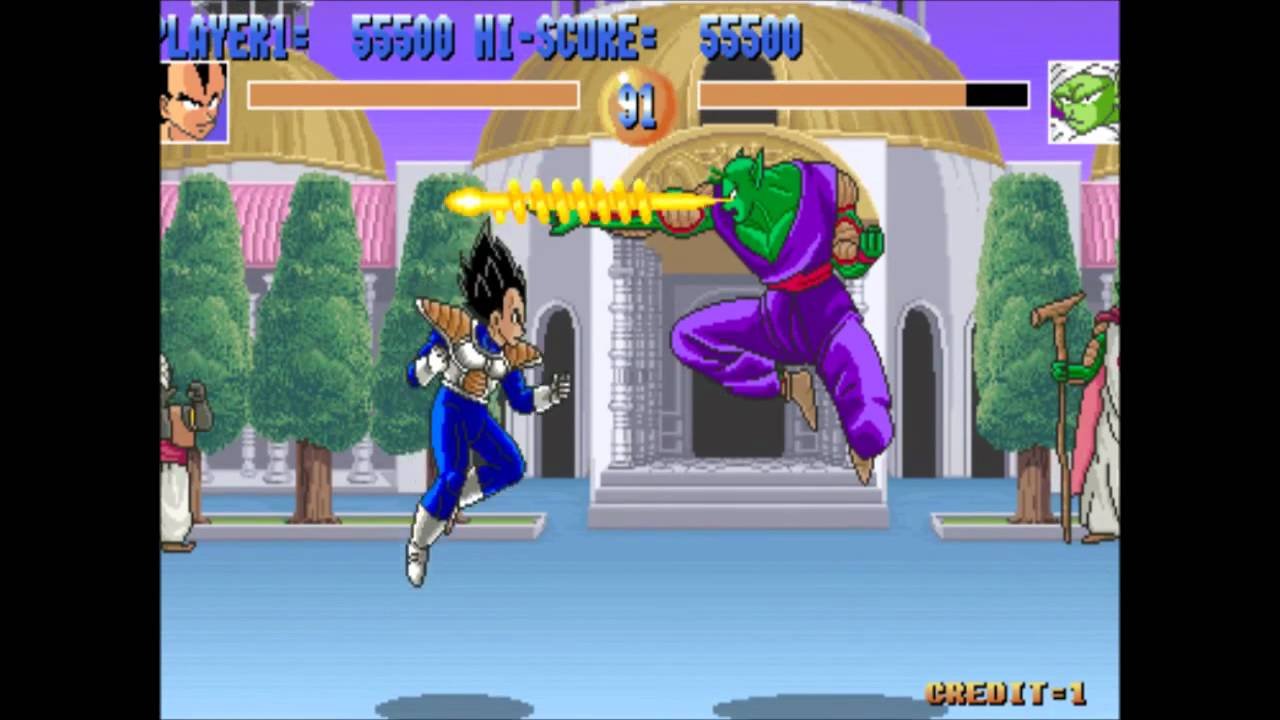 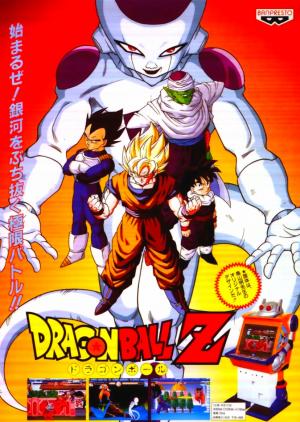 Dragon Ball Z is a fighting game designed and manufactured in Japan by Banpresto in 1993. The game's cabinet is shaped like a robot with markings similar to Goku's gi (suit). The game features large sprites and a color palete that is identical Toriyama's water color scheme in the manga. The environments are semi destructible as chunks of wall or ground could be destroyed. The controls are unique as most of the characters movements are flight related. The playable characters are Goku, Super Saiyan Goku, Gohan, Vegeta, Piccolo, Frieza, Captain Ginyu, Recoome, and Burter. 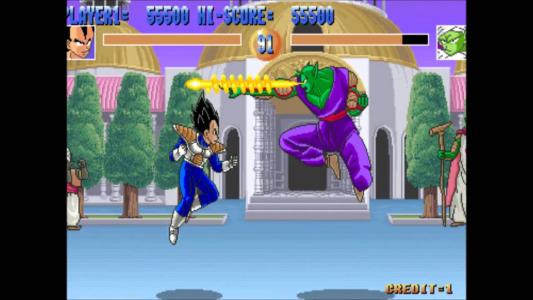