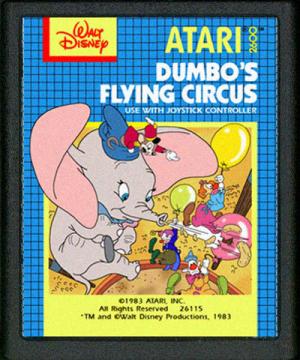 Dumbo's Flying Circus was scheduled to be part of Atari's children's series (which included characters from Peanuts, Sesame Street, Disney, Muppets, and Garfield), but for one reason or another it never saw the light of day. Atari advertised Dumbo in European Atari catalogs and even had a prototype box made, so the decision to shelve it must have been made quite late. Even though Dumbo was developed as a children's game, the gameplay is quite difficult which may be the reason why it was never released.