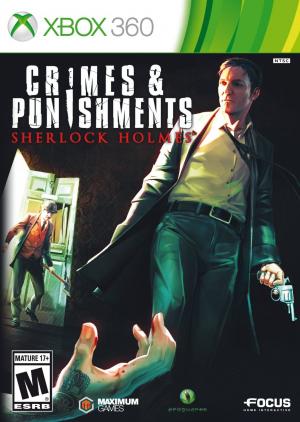 Sherlock Holmes: Crimes & Punishments is an adventure video game in the Adventures of Sherlock Holmes series developed by Frogwares and published by Focus Home Interactive for Microsoft Windows, PlayStation 3, PlayStation 4, Xbox 360, and Xbox One in 2014. The game takes place in London and its suburbs in 1894 and 1895, towards the end of the 19th century; it resonates with the Russian novel Crime and Punishment by author Fyodor Dostoyevsky focusing onto finding the right culprit and making the moral choice of absolving or condemning them. The game is the first in the series to use the Unreal Engine 3, and was inspired by Arthur Conan Doyle's original stories. The game is split into six cases of murders, disappearances and thefts written in the tradition of Doyle novels.[1]