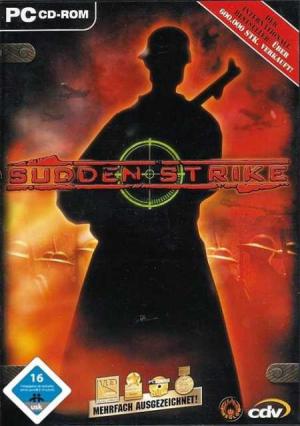 Sudden Strike is a real-time tactics (RTT) computer game set in World War II and the first game in the Sudden Strike series.[2] The game was developed by Fireglow based in Russia and published by CDV software of Germany.[3] The player selects a faction (e.g. Soviets, Germans, or Allied forces) and gains control of many varied units such as infantry, tanks and artillery. The games focus primarily on tactics, eschewing traditional real-time strategy resource gathering and base development.