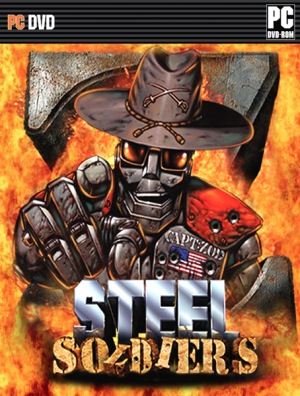 Z: Steel Soldiers (originally released simply as Steel Soldiers in North America) is a real-time strategy game released by the Bitmap Brothers on 15 June 2001 for the Windows platform. It is the sequel of their earlier game Z, and follows the same futuristic military science fiction storyline and battlefield gameplay. The graphics are enhanced from 2D to 3D. As a result of a breach in peace negotiations, players take control of one side as a leader of an army of robots. Playing the game primarily involves fending off robust opponents during battles to control a location, whilst expanding your forces. Objectives are met by occupying and holding territory rather than the more typical method of harvesting resources. Despite featuring solid fundamentals and gaining favourable reviews the game had minimal impact. While only receiving one gaming magazine award and garnering some criticism upon its release, the title was still an important technological advance for the development team.