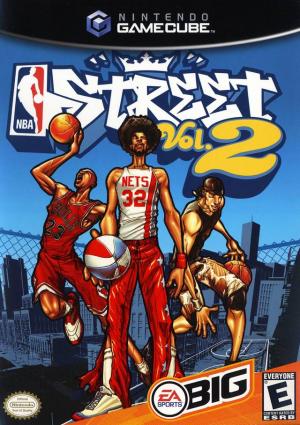 NBA Street Vol. 2 is a basketball video game, published by EA Sports BIG and developed by EA Canada. It is the sequel to NBA Street and the second game in the NBA Street series. It was released on April 28, 2003 for the PlayStation 2, GameCube, and, for the first time in the series, on the Xbox. Japan was only able to see a PlayStation 2 release of this game. The GameCube version was also planned to be released in that region, but it was canceled for unknown reasons.