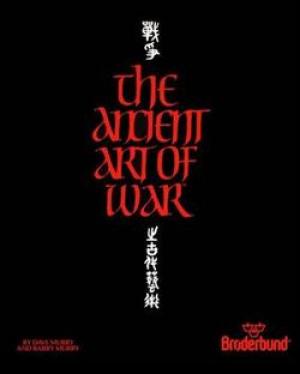 The Ancient Art of War

The Ancient Art of War is a computer game designed by Dave and Barry Murry, developed by Evryware, and originally published by Brøderbund in 1984. It is generally recognized as one of the first real-time strategy or real-time tactics games. A battlefield simulation, the game's title comes from the classic strategy text The Art of War written by Sun Tzu around 400 B.C. The objective of the game is to win a series of battles using four types of troops: Knights, Archers, Barbarians, and Spies. All four types are unmounted. It uses a rock-paper-scissors type of unit balance typical of the genre. Knights beat barbarians in melee; barbarians have the advantage over archers; and archers have the advantage over knights, in addition to being effective at defending against attempts to storm a fort. Spies do not fight, but can see enemy units twice as far away as anyone else, and are the fastest-moving units in the game. At the start of the game, the player is able to select from a list of eleven campaigns to play.[1] The campaigns include both skirmishes and capture the flags style missions, while the terrain layout and initial starting units provided a variety of strategic options for game play. Advanced rule sets such as Training New Units and Supply Line Lengths allow for more customization. The player can also select from among several Artificial Intelligence opponents represented by various historical figures such as Geronimo and Sun Tzu himself. Sun Tzu represents the most difficult level. These settings affected both AI behavior, as well as certain properties such as the speed at which enemy units moved through difficult terrain. There is no element of the economic management (mining, gathering or construction) which is a common feature of later real-time strategy games.