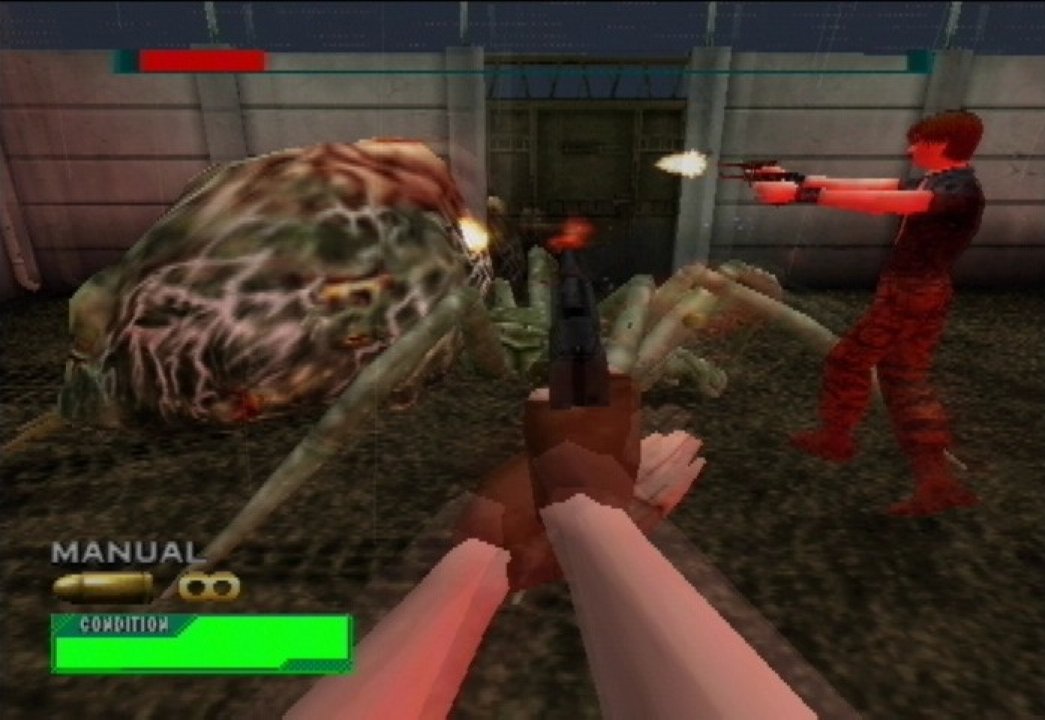 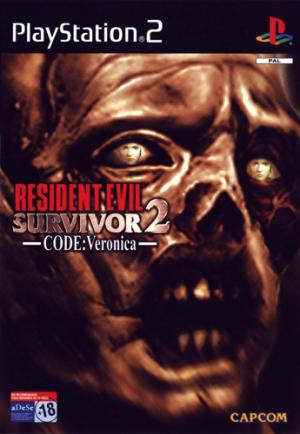 A 3D arcade shooter (also released for PlayStation 2, making use of the GunCon controller) set in the Biohazard: CODE Veronica continuity. Players see the game from the first-person perspective and battle alongside Claire Redfield against an army of the undead. The game allowed full roaming control (the GunCon controller allowed for for moving the character) in 3D space. 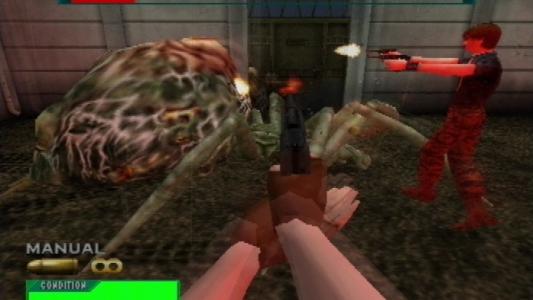