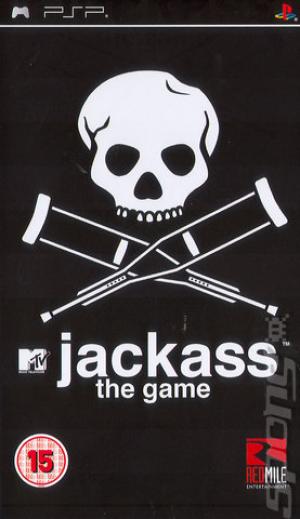 Jackass: The Game is a video game based on the television series Jackass. It was developed under license by Sidhe Interactive in Wellington, New Zealand for the PlayStation 2 and PlayStation Portable. The game was first shown at the 2006 E3 behind closed doors. The Nintendo DS version of the game was developed by Sensory Sweep Studios in Salt Lake City, Utah. All of the Jackass cast (excluding Bam Margera) and crew provided their own voices and supply their likenesses for the game, according to Sidhe Interactive. Johnny Knoxville and other members of the Jackass team also provided stunt ideas to the developer based on unused stunts from the show. A trailer was released in June 2007 on the game's official website, along with the cover art.