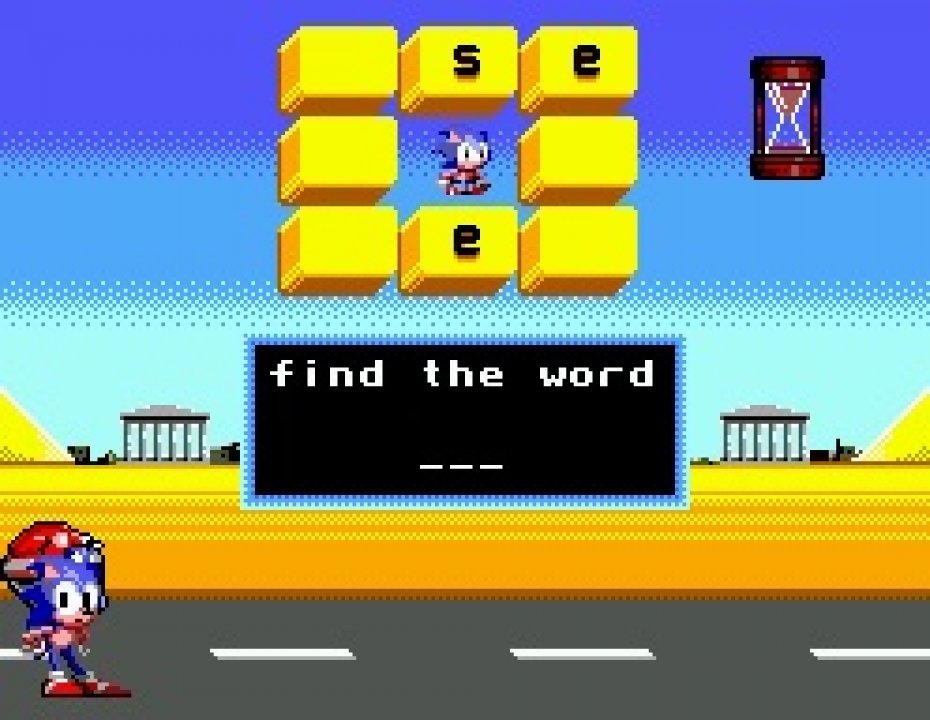 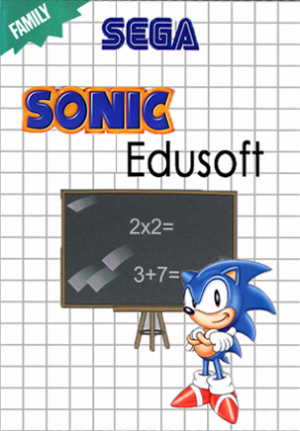 Sonic's Edusoft is an unreleased educational game for the Sega Master System developed in 1991 by Tiertex. The unofficially licensed game had been unknown until a Wikipedia page was created in September 2006. There are over 15 levels in the game. All of them involve problem solving and for every problem solved your character will move forward eventually reaching the end of the screen and clearing the stage. Your opponent varies depending on the speed setting set at the options screen. For example, if you choose Snail you will race a Moto Bug, but when hare is selected you will race a much faster Rabbit, and the time limit is decreased. Most of the levels involve find the word puzzles where you have to spell out a word using the available letters. These levels are sometimes interrupted by a match the letters segment, where you must find a certain amount of matching letters among the available letters shown onscreen. The match the letters segment is somewhat broken because sometimes no matching letters are ever shown, or actually matching the letters may give a wrong answer anyway. In those cases you have to select the wrong answer to get the right answer. Other levels involve solving mathematical equations: addition, subtraction, division, and multiplication. 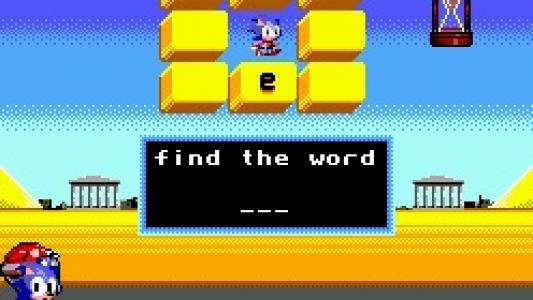