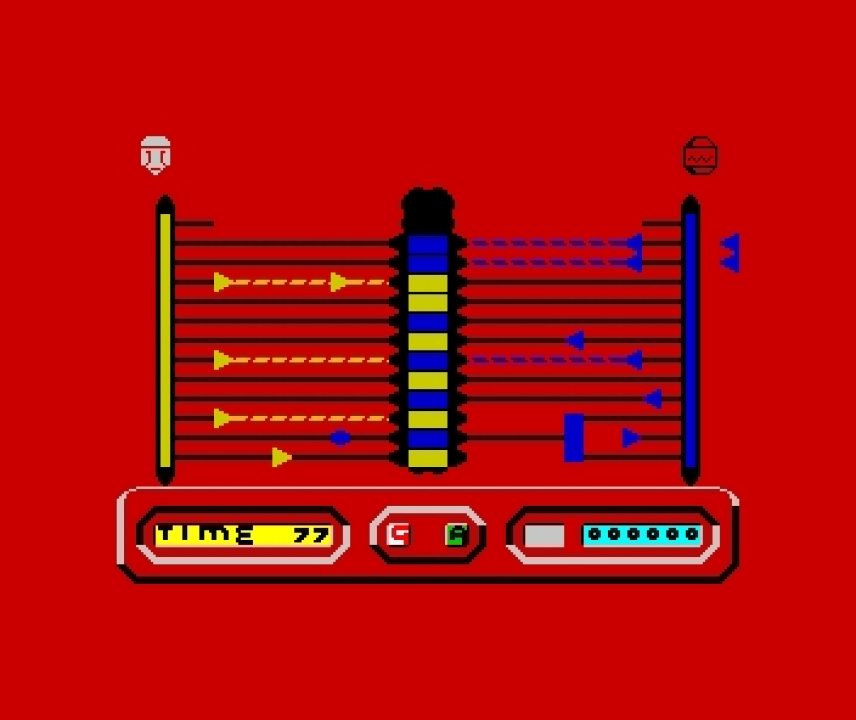 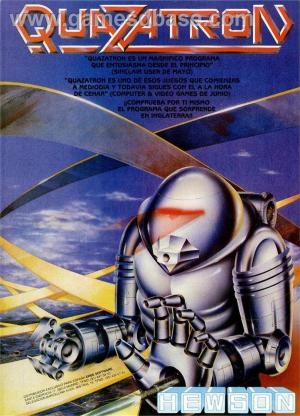 Quazatron started life as Steve Turner's port of Commodore 64 shoot 'em up Paradroid , by his longtime partner Andy Braybrook, but during the design process he decided to change the view to an isometric one, as this would suit the system more. Knowledge of Paradroid is an advantage (not least because it's a splendid game), as most aspects of the game overlap, including the plot, which sets you as the renegade robot KLP-2, armed with experimental technology to attack enemy droids. Your task is to deactivate robots, which can be done in a number of ways - shooting them, gaining control of them so as to deactivate them (known as 'grappling') or pushing them off their circuits. Knowing which method to use in each situation can only come from practice. Grappling is done from a separate screen, and involves aiming at the enemy droid's 12 sectors so as to turn at least 7 of them to your colour. When this is done successfully you can harvest some of the droid's components for your own use - a clear grappling victory gives you more chance of these elements being undamaged and usable. 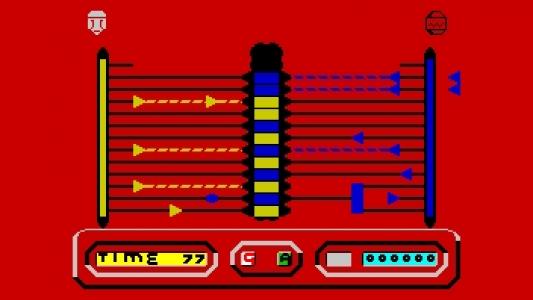