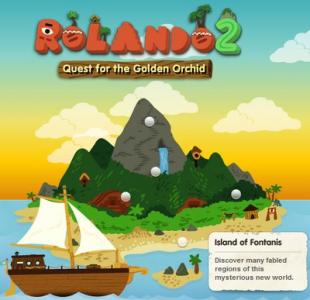 Rolando 2: Quest for the Golden Orchid

Rolando 2: Quest for the Golden Orchid is an adventure/puzzle video game developed by HandCircus, published by ngmoco, and distributed by Apple Inc. for the iPhone and iPod Touch devices. Rolando 2 was released on July 3, 2009. It is the sequel to Rolando, which was released in 2008. The game consists of creatures called "Rolandos" who can move around the playing areas by players via the iPhone's accelerometer and the multi-touch features. The game features artwork by Mikko Walamies and music by Mr. Scruff. The game features nonlinear gameplay where players decide how the story plays out.