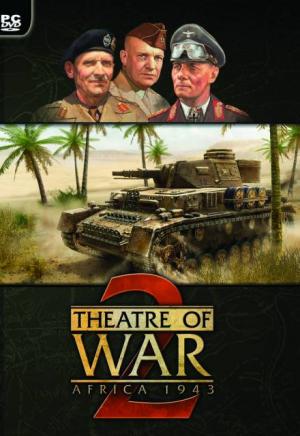 Theatre of War II covers events of 1943, the operations in Tunisia. Recovered from losses after their defeat at Al-Alamein, German Afrika Korps, supported by Italian military contingent and new powerful weapons, marched against the Allies. The German troops were commanded by general Rommel and had the chance for a quick victory. However, their military operations were severely prolonged, and the plans of the German general were about to fail... Players will have the option to lead the German Afrika Korps of Rommel in their last full-scale attack or be at the head of the opposing English and American armies.