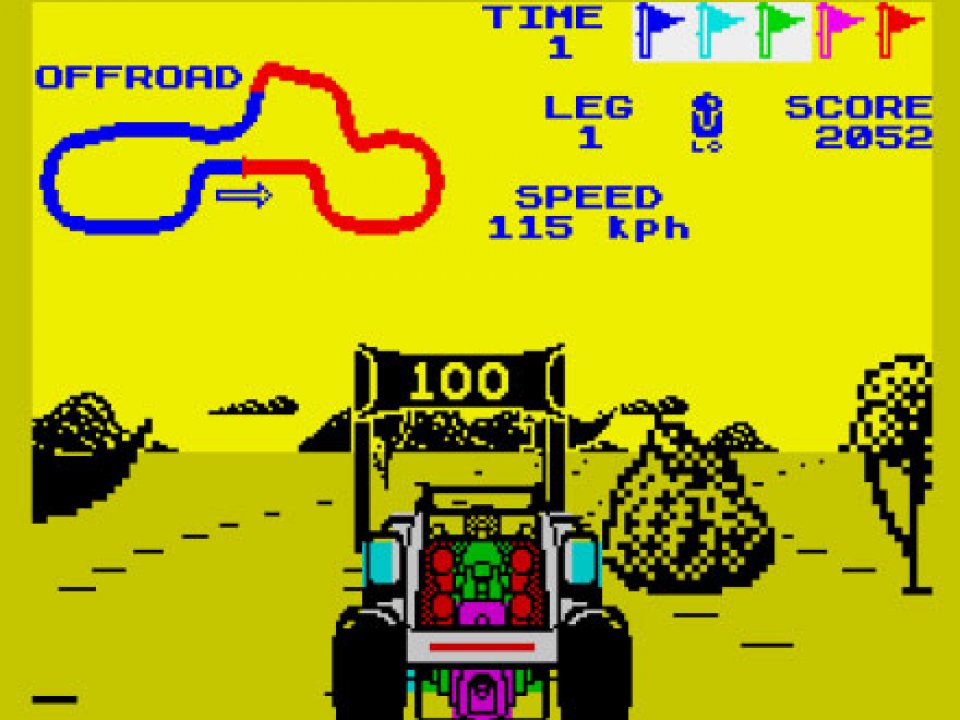 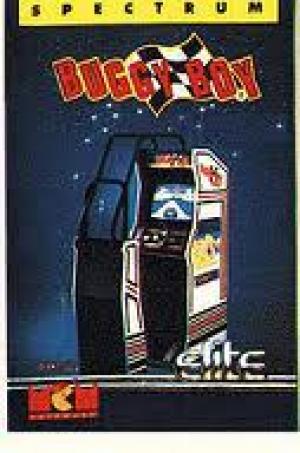 Buggy Boy, also known as Speed Buggy, is a driving style arcade game developed by Tatsumi in 1985. The object of the game is to drive around one of five courses (Offroad, North, East, South or West) in the shortest time possible. Each course has five legs, each filled with obstacles such as boulders and brick walls. Points are awarded for driving through gates and collecting flags. Offroad is a closed-circuit course that takes five laps to complete while North, South, East, and West are each a strict point A to point B style course. The player could also hit logs and tree stumps in order to jump the buggy over obstacles, gaining extra points while airborne. Extra points are also rewarded for driving the buggy on two wheels. The original, cockpit version of the arcade cabinet was well known for its panoramic three-screen display, a feature previously employed in TX-1. An upright, single-screen cabinet was released in 1986 under the name, 'Buggy Boy Junior'. 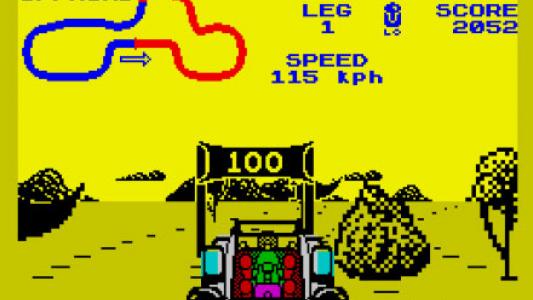