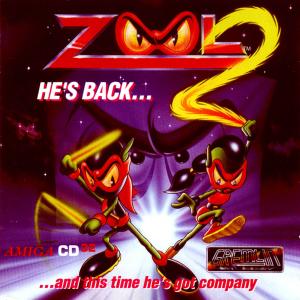 The intergalactic gremlin ninja Zool returns, and this time his enemies in the game were named Krool and his assistant Mental Block, whose goal is to stifle the world's imagination, causing rampant boredom. In his fight Zool is aided by his female companion, named Zooz (in a red costume), and his faithful dog Zoon. The ending contained a hint at a possible further sequel