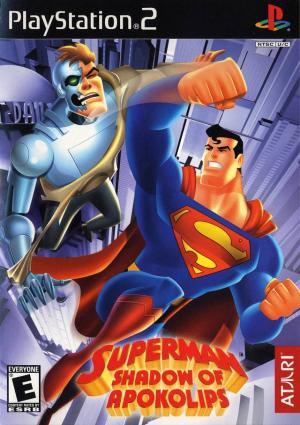 With image rendering in classic cartoon styling, voice acting by Hollywood personalities and appearances of many of the favorite Superman characters, Shadow of Apokolips promises to be a familiar delight to all types of players. Gameplay includes puzzles, tests of strength, civilian rescues, and even a level as Clark Kent. As Superman, you'll get to demolish an army on Inter-bots, then dish out the punishment on classic supervillains like Lex Luthor and Livewire. Gameplay is estimated at 12-15 hours.