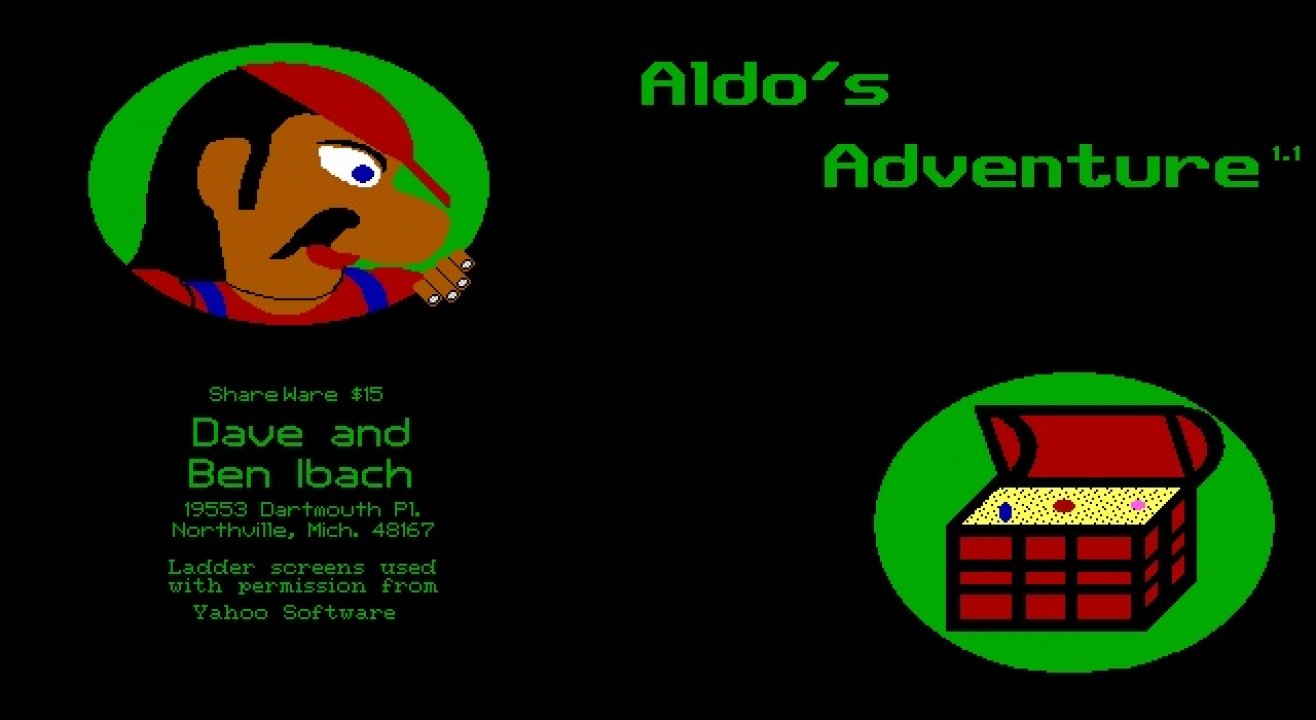 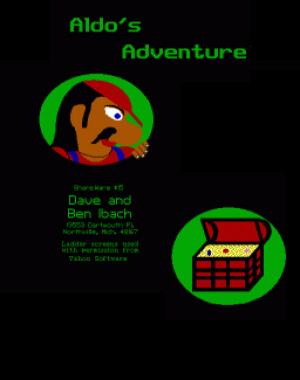 Aldo’s Adventure doesn’t stray too far from its conceptual roots. You play as Aldo, a red-shirt-and-overalls-wearing adventurer who has to climb around a construction site and dodge barrels as he makes his way to a treasure chest at the end. Lest anyone mistake him for Mario, Aldo has a mullet. The run-and-jump gameplay is nearly indistinguishable from Donkey Kong, save for the addition of pickups like diamonds and vases. Later levels mix up the level design with non-linear levels or platforming sections with lava pits. Sometimes there will be one treasure chest, other times multiple goals. Levels get progressively more precarious and decidedly un-skyscraper-like. It’s creative but quite inconsistent, as are the barely appropriate stage names like “Ghost Town” that hover randomly somewhere on the screen. (Review snippet courtesy of The Obscuritory, http://obscuritory.com. Used with permission.) 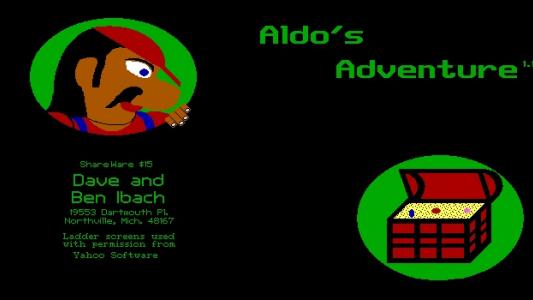