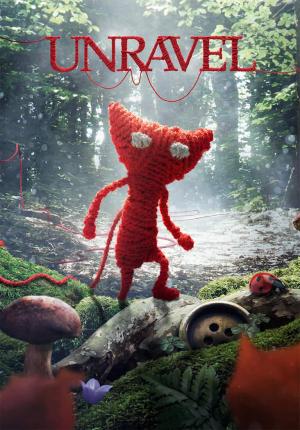 Unravel is a puzzle platform video game developed by the Swedish company Coldwood Interactive and published by Electronic Arts. It was announced on 15 June 2015 and released in February 2016 for PlayStation 4, Xbox One, and Microsoft Windows. The game centres on Yarny, a small anthropomorphic creature made of yarn whom the player navigates through the environment, utilizing the unraveling yarn which makes up Yarny to solve puzzles, avoid dangerous creatures, and traverse obstacles.