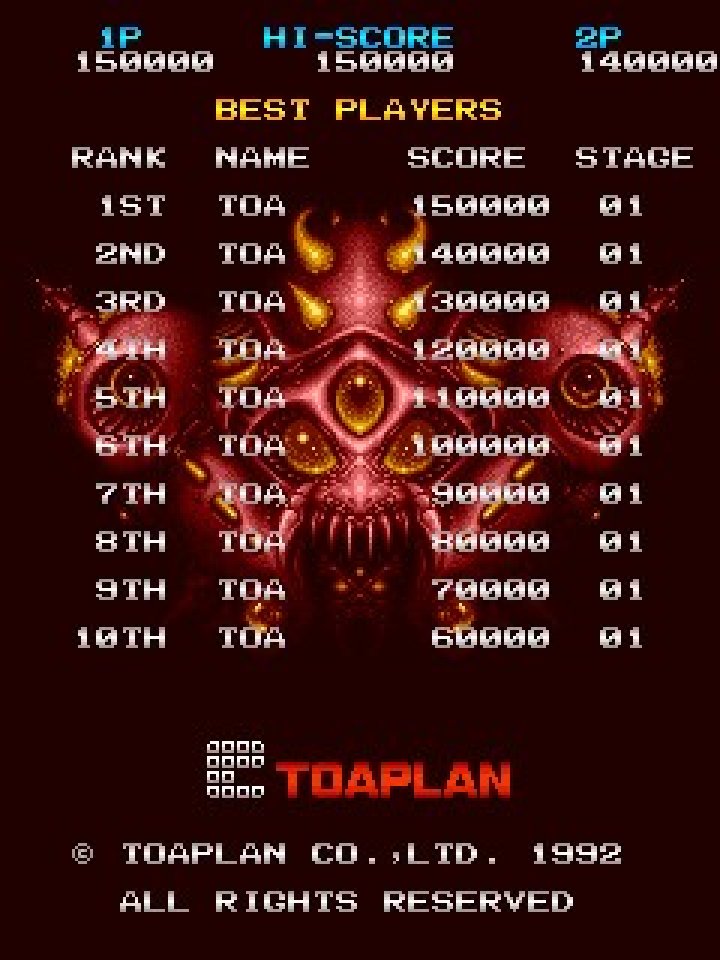 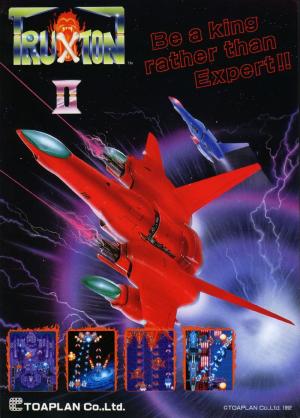 Gameplay is similar to the previous Truxton. Truxton II has six huge areas, each with a boss at the end; the game "loops" these six areas forever. Lives are given out at 70000 points, then every 200000 points after; players start with three. There are power-ups to increase ship speed, add a smartbomb to your stock, and change/strengthen your current weapon: red fires bombs in a small area around your ship, similar to the red weapon from Robo Aleste; blue is a homing laser, similar to the blue weapon from the original Truxton; while green fires wide-reaching salvos of green shots and more or less replaces the red weapon from Truxton. 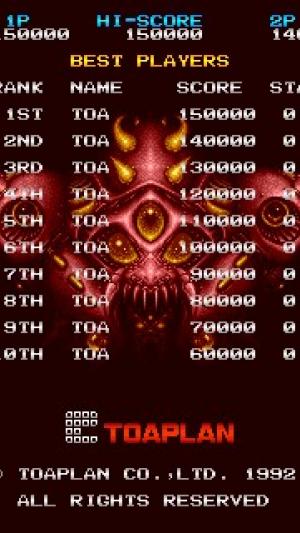