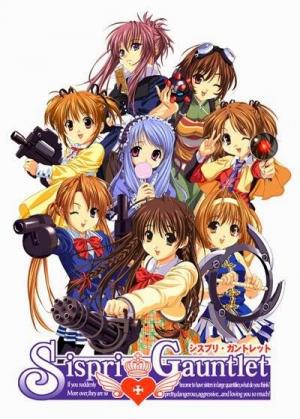 This game is a doujin game based upon "Sister Princess", a japanese manga written by Sakurako Kimino. The gameplay premise is inspired by "Gauntlet", a 1985 hack and slash arcade game by Atari Games. Upon selecting a playable character, the gameplay is set within a 360° scrolling environment where player must find and touch the black heart as an exit and takes to the next level. Each level must be completed within a specific amount of time. As the game progresses, player will find out that there are hidden collectables scattered everywhere. There are even powerups and new characters that can be found, which forcing player to explore every corner of the level. The final version of Sispri Gauntlet was released at Comiket 72, and consists of more characters, more levels and bug fixes.