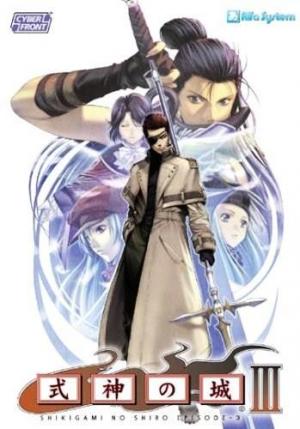 Also know as: 式神の城III | Shikigami no Shiro 3 | Castle of Shikigami 3

The game plays much like its shooter predecessors. As before, there are five levels each in two parts, with a boss at the end of each part. Before major bosses and between levels there are cutscenes with dialogue featuring the character(s) in play. The dialogue is unique for each different pair of characters selected, resulting in, according to the publisher, 55 different scenarios. This game was released only in Japan.