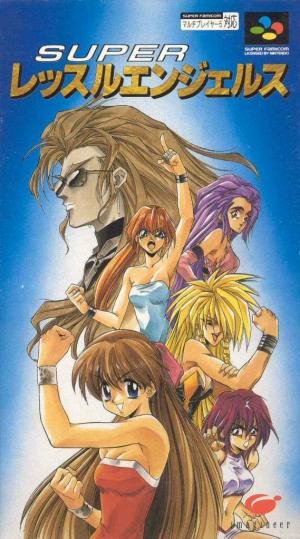 Super Wrestle Angels is a all female professional wrestling simulation game by Great and published by Imagineer. The first playing mode can be described as a 'professional wrestling group management mode', which is the original feature of this Super Famicom version. There, the player takes the role of a woman wrestling group manager, picks a team and schedules practices, fights, entertainment and helps his cute wrestlers to elevate their professional careers. The other modes are more oriented towards actual fighting, and gets the player to pick female wrestlers and organize versus wrestling matches. However, Super Wrestle Angels is based around a popular Japanese wrestling card game, and because of this, all the matches are round based and opponents pick-up cards to decide of their next move.