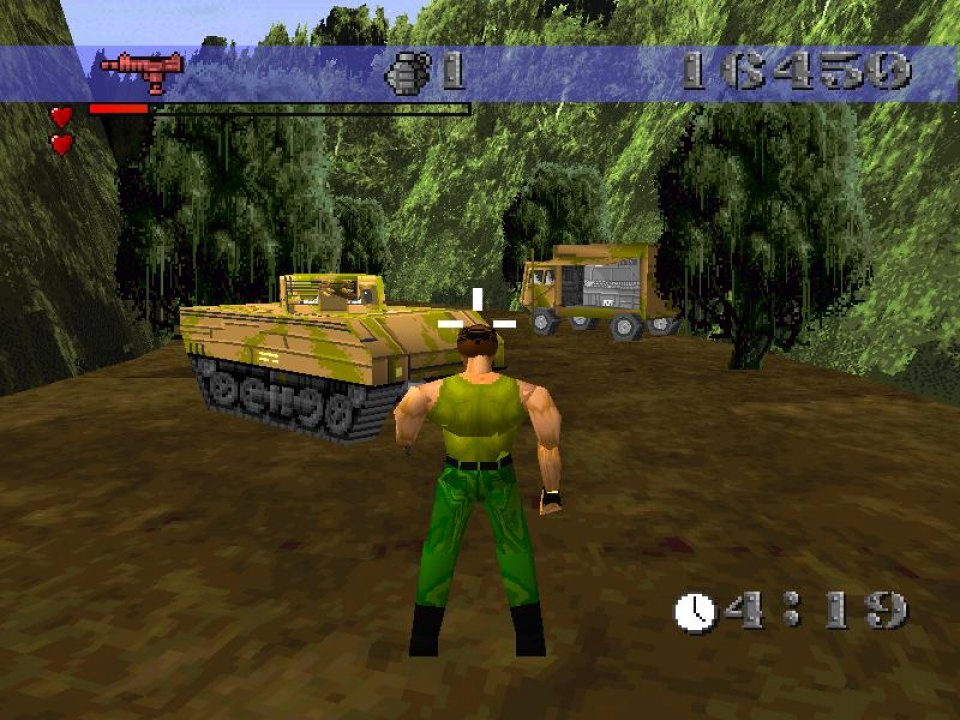 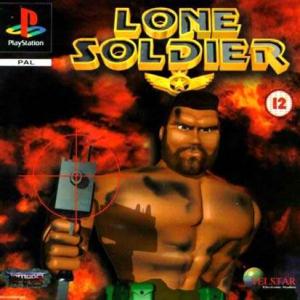 "The aliens have stolen a super missile and will not hesitate to use it unless we pay their ransom demand, which is a large amount of Uranium." "You soldier, must enter the enemy zone and retrieve this missile by causing disruption among their troops and then taking out the alien scum." " I must warn you that you will move very slow and your motions will appear sluggish. When ambushed by the enemy do not attempt to shoot back as you will probably die because the on-screen cross-hair will take an age to reach it's intended target. Oh, and soldier, do not attempt to shoot your weapon while running.... as it will not work." "You will come across a number of vehicles which can be blown up with the rocket launcher that you will find during the game." "Just one more thing soldier, if a tree or a bush suddenly pops up right in front of you do not worry, as they are only frequent glitches that spoil the gameplay." "That's all soldier, do you have anything to say before you embark upon this suicide mission?" 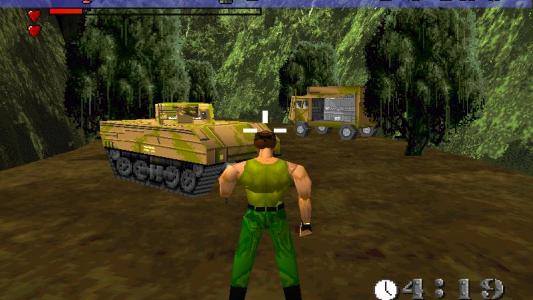