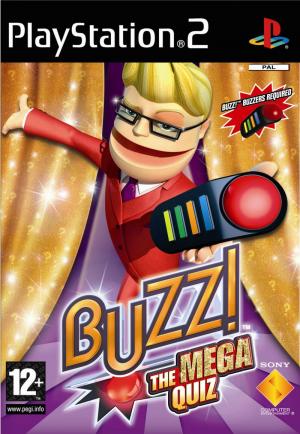 Buzz!: The Mega Quiz released as Buzz! The Maha Quiz in India was developed by Relentless Software and is the fourth game in the Buzz! series for the PlayStation 2, alongside Buzz! Junior: Robo Jam. Buzz! The Mega Quiz has over 5,000 questions.[1] Along with Buzz! Junior: Jungle Party, this was one of the first Buzz games released in North America, also the first game in the series to have a 12+ rating by PEGI.