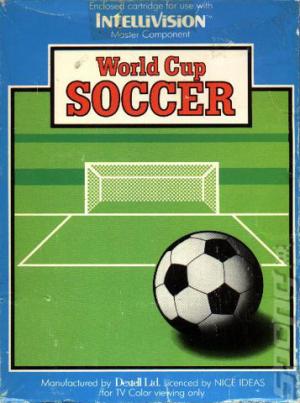 Play against the computer or play against a friend. With the optional ECS Computer Adaptor three or four players can play or two can play against the computer. World Cup Soccer is an advanced version of the original, successful Soccer. It enables you to play with an opponent or against your Intellivision unit. It offers more real life-like gameplay with such added gameplay features as heading the ball, tackling, the option of changing players during game play, and direct or indirect kicking after penalties are called. It's so life-like that you have a full team of players.