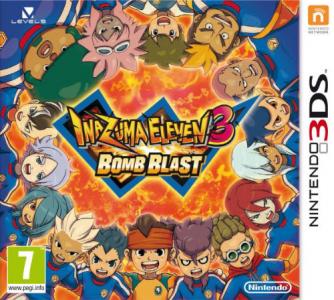 Several months have passed after saving Earth from Alius Academy’s attack (in Inazuma Eleven 2), Mark Evans and his teammates are summoned by Seymour Hillman to assemble at Raimon Jr. High. When the team get to the school, they see familiar faces from Japan’s national football players who have once fought along with them, such as Xavier Foster and Jordan Greenway originally from Alius Academy, as well as new faces. Hillman has assembled all these Japan’s best football players for one purpose; to enter the “Football Frontier International (FFI)”. Welcoming Mark Evans as Japan’s national team captain, they now strive forward to challenge best football teams from all around the world!