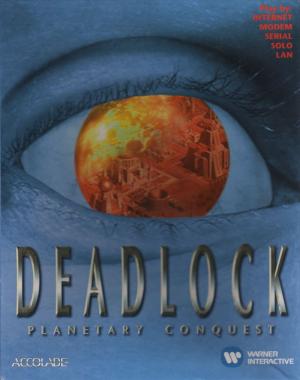 Deadlock: Planetary Conquest is a turn-based strategy computer game by Accolade. The game was officially released in 1996. The story revolves around eight races' struggle for control over the planet Gallius IV, which came to a deadlock. The races are Human, Cyth, Ch'Cht, Maug, Re’Lu, Uva Mosk, Tarth and Skirineen, although the latter are not a playable side. Tommo Inc. purchased the rights to this game and digitally publishes it through its Retroism brand in 2015.[1]