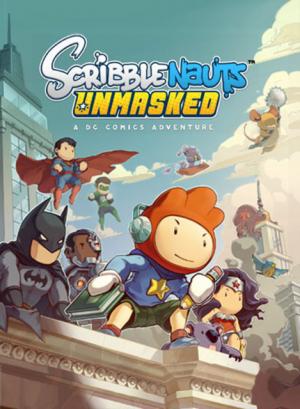 Scribblenauts Unmasked: A DC Comics Adventure is a puzzle video game by 5th Cell. It is the fifth game in the Scribblenauts series of games and the first based on a licensed property. The game combines the series' traditional gameplay of bringing up words and objects in order to solve puzzles with characters and settings from the DC Comics universe (DC Universe). The game was released by Warner Bros. Interactive Entertainment for Wii U, Nintendo 3DS and Microsoft Windows in September 2013.[2]