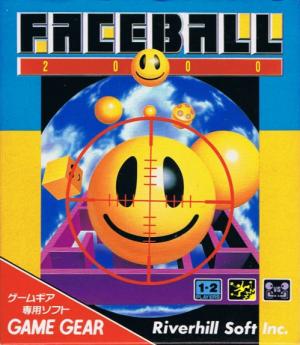 Faceball 2000 (フェイスボール２０００) is a Sega Game Gear game developed by Xanth Software as a sequel to the Atari ST game, Midi Maze. The game is notable for being a first person shooter - a genre that is typically said to be too processor intensive for systems such as the Game Gear. The game has the player walk around a 3D maze and shoot at floating happy faces. The Game Gear version of the game was only released in Japan.