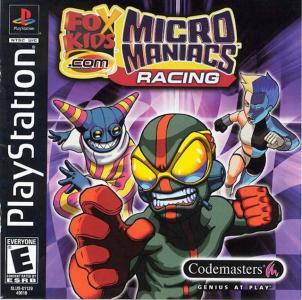 Micro Maniacs is an unofficial sequel to the Micro Machines racing games and features a similar 3D perspective to the previous game, Micro Machines V3. As with previous games, the racing environments are based in real-world locations such as kitchens, laboratories and gardens, played "zoomed in" due to the miniature nature of the racers The 12 character choices (some of which are unlockable) are differentiated by various unique attack moves. Instead of racing with vehicles, the Micro Maniacs race on foot.