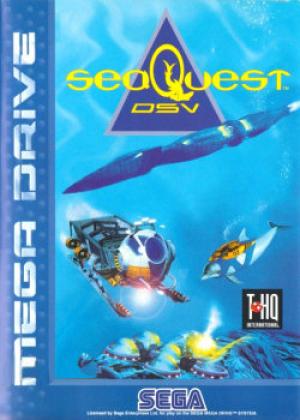 seaQuest DSV is a real-time simulator/strategy game depiction of the seaQuest DSV television series for the Super Nintendo Entertainment System and Sega Mega Drive/Genesis. The player takes the role of the captain of the submarine seaQuest DSV 4600, and is tasked with carrying out a series of missions in a series of levels, divided up as "ocean quadrants". There is a seaQuest DSV game for the Game Boy as well, but it is completely different from the 16-bit console versions.