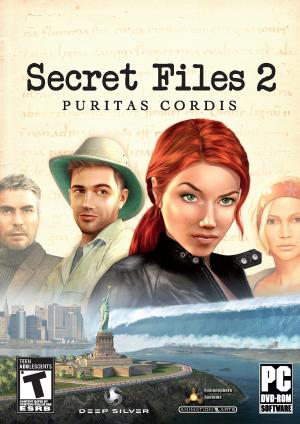 Secret Files 2: Puritas Cordis (original German title Geheimakte 2: Puritas Cordis) is a traditional point and click adventure game, the sequel to the 2006 adventure Secret Files: Tunguska. Developed by Fusionsphere Systems and Animation Arts for the PC, it was unveiled at the 2007 Leipzig Games Convention. Versions for the Wii and Nintendo DS were developed by Keen Games