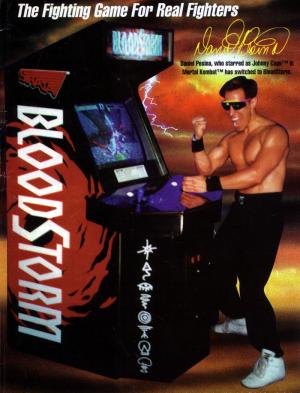 The Mega War, fought centuries ago, left the earth in global ruins. The destructive nuclear horrors unleashed upon the planet and its population created uncountable amounts of death and devastation. In the wake of this sweeping havoc arose the planet itself to retaliate against the violence forced upon it. Polar shifts and massive earthquakes swallowed entire continents. From seething seas and walls of water arose angry volcanoes, spewing flame and death into the sky. Hungry fires, searing blizzards, and brutal storms ran rampant across the planet's surface for years, in an attempt to wash away the man-made horrors that it was forced to endure. At last the earth settled into a new pattern, starting to find some semblance of balance and peace. The global changes had left a much harsher planet, and the remaining life forms adapted slowly to the new environment. The Earth's land masses, altered by man-made weaponry and ended through elemental means, had evolved into ten isolated provinces. The remaining populations within these new provinces found life difficult at first, but slowly evolution and natural selection allowed the human race to adapt and once again gain control of their destiny. Some of the provinces had strong natural forces, exposed through the abrupt upheaval, and the resourceful post-humans began to master these new powers. Other provinces continued to develop through the use of science and technology, creating elaborate life support systems and protection against the harsh environments. As the years progressed, eight of the provinces began to communicate and trade together. An alliance was formed and a global quasi-government was established. The social structure evolved into a mixture of medieval practices, hybrid technology, and barbarism and barter. Centuries have passed and the present day Earth finds mankind again at the brink of savagery and destruction. Life is now a series of hardships, deceptions, and lies for the members of the Provincial Alliance. The frozen tundra of Polaria and the volcanic Scorch are very close to all out war, halted only by the desolate, radioactive Death Zone that separates them. The Death Zone, once a founding member of the Planet Alliance, has remained silent for almost two centuries, hiding behind the mysterious and deadly red mists that define its borders. Obsel, the desert province, has been taken over by desperate and brutal female terrorists. The Ebony Coast, known for its trade and bartering systems, is now led by a mysterious and greedy leader whom no one trusts, yet all must tolerate. The people of Cyberia, a land inhabitable only through technological means, have re-engineered their population, and are losing their humanity to the machine. With tensions running high, the Planet Alliance is beginning to falter and the provinces are no longer considered allies. And now the High Emperor, the one guiding force that all provinces had agreed to abide by, has been mysteriously and horribly murdered. The ancient Provincial Agreement declares that a new ruler must be chosen through combat between the rulers of each province. Each province will come prepared for battle with their own Gauntlet of Ascension, a gloved weapon that only those in power may don. These ancient gauntlets are treasured and revered by their people, for they are the foremost symbol of power and honor each province can have. But it is painfully clear that this tournament will not have the honor of previous BloodStorm contests. There have even been rumors that the combatants will bring back the Sunder Attack, a brutal combat move that separated the opponent's legs from his body without killing him. This horrible and humiliating maneuver has never been officially banned from the BloodStorm contest, yet it is so brutal and degrading that no honorable combatant has used it for centuries. However, these champions from radically different provinces are blind to the mysterious evil that surrounds the High Emperor's death, and instead only see their opportunity for personal gain, provincial expansion, or race domination and will do anything to achieve their goals. The BloodStorm is about to begin!