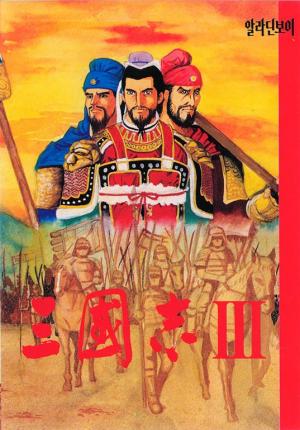 THE FATE OF THE HAN DYNASTY IS IN YOUR HANDS! In the final years of the Eastern Han Dynasty, under the reign of Emperor Ling, ten eunuchs in the imperial palace abused their power. The country was in a dreadful state of affairs; bandits began an uprising, and the people were in turmoil. The emperor asked the lords of the land to crush the rebellion, but this only resulted in a race for power. After Dong Zhuo usurped the throne only to be quickly defeated, civil war erupted. Finally, it was Cao Cao who took control of the emperor, commanding the lords in his name. After years of harsh fighting, Cao Cao united the north and prepared to conquer the south in an attempt to unite all of China. Liu Bei, the fate of the Han Dynasty is in your hands! Will you linger in fear, waiting for death to find you? Or will you take a stand against the evil forces of Cao Cao? Don't hesitate; take your five tiger generals and rush to destroy the enemy!